You are here: Home / Day Trips in North America / SeaWorld Orlando Rides, Attractions and Animal Experiences
The links in this post are affiliate links, and we will be compensated when you make a purchase by clicking through our links. Read our Disclosure Policy. 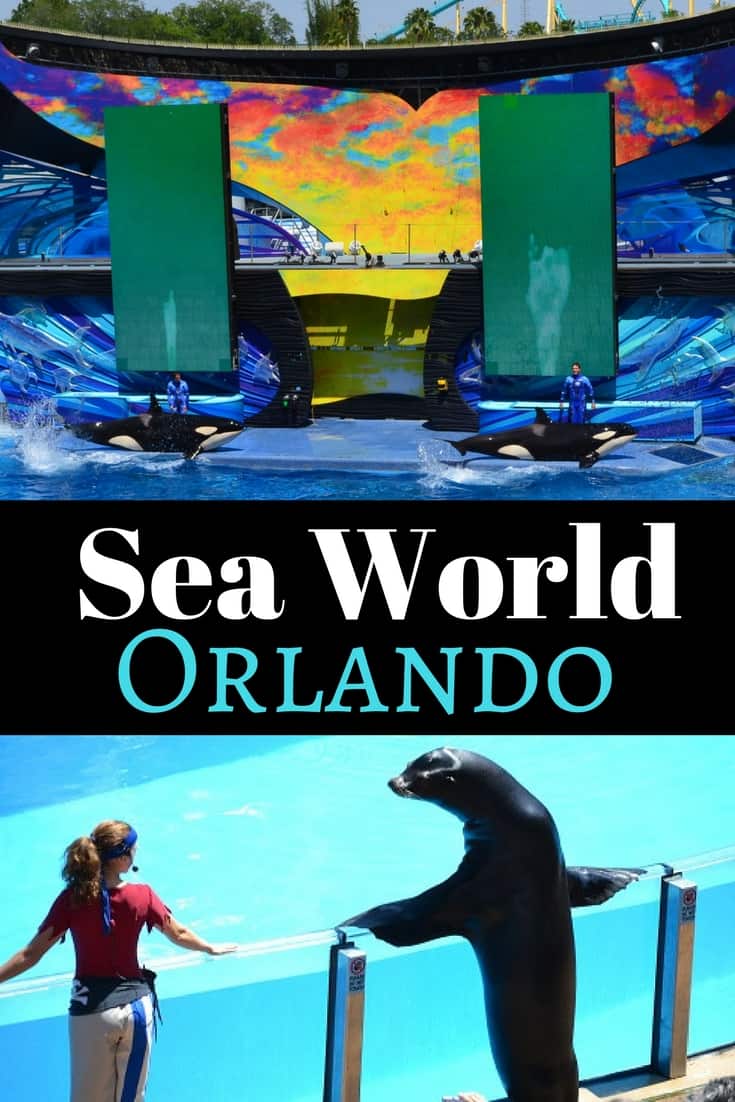 When taking a trip to Orlando you may be looking for things to do in the area other than Disney World. Two of the most popular attractions besides Disney are Sea World and LEGOLAND.

If you enjoy seeing aquatic life and have a love of roller coasters, Sea World Orlando has plenty of exhibits, activities and rides for the whole family.

f you love Roller Coasters, you are going to LOVE Sea World. This park may seem like it is all about animal encounters, but it has some of the best roller coasters in Orlando. Take your pick between Kraken, Mako and Manta.

Sea World Orlando also has plenty of water rides. Take a one of a kind ride down a lost jungle river. You will find soaking fountains and waterfalls and drop down a 40 foot slide!

On this flume ride, you will explore the lost city of Atlantis before taking a plunge down into the water below.

Antartica: Empire of the Penguin

Learn about the plight of sea turtles in this 360 degree theater. You will feel like you are part of the ocean as you get educated on environmental conditions that can cause these beautiful creatures harm.

Take an adventure on a thrilling jet-helicopter ride through the breathtaking, perilous, icy landscapes of the frozen tundra with a flight simulator ride.

If you have to narrow your trip down to see only a few things, I would highly recommend that you spend some time on their hands-on exhibits like the Sting Ray encounter.

If you have never had a chance to be up close and personal with sea creatures, Sea World gives you to chance to not only feed them, but to also physically interact with them.

Those that love dolphins will love this exhibit. Not only can you have a chance to see them jump & dive up close, you can also get a chance to hand feed a dolphin.

When you get to the Dolphin Cove, you will have two line choices.

One line (the longer of the two) will give you a chance to feed the dolphins by hand. The other will allow you to only observe the dolphins. 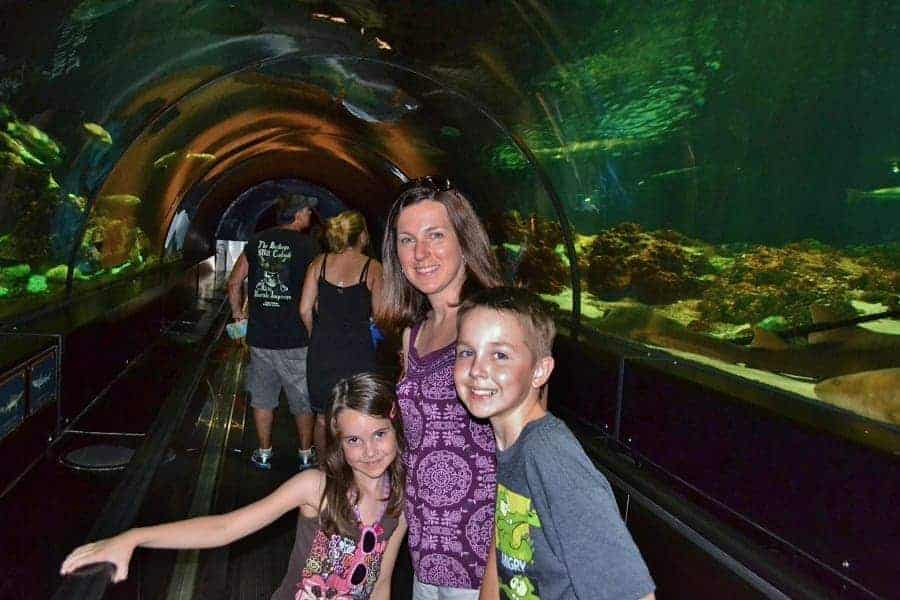 Who doesn’t love an aquarium. You will see plenty of beautiful fish along with other sea creatures like Sea Horses, Manna Rays and Sharks.

The highlight of the aquarium is the Shark Encounter where you can not only walk underneath these beasts but also watch the handlers feeding them.

Empire of the Penguin Habitat

Of all of the Sea World Orlando exhibits, the penguins are my favorite!

Here you can get a glimpse of a penguin colony in what looks like a real environment, they will interact with each other and swim under water in this expansive habitat. 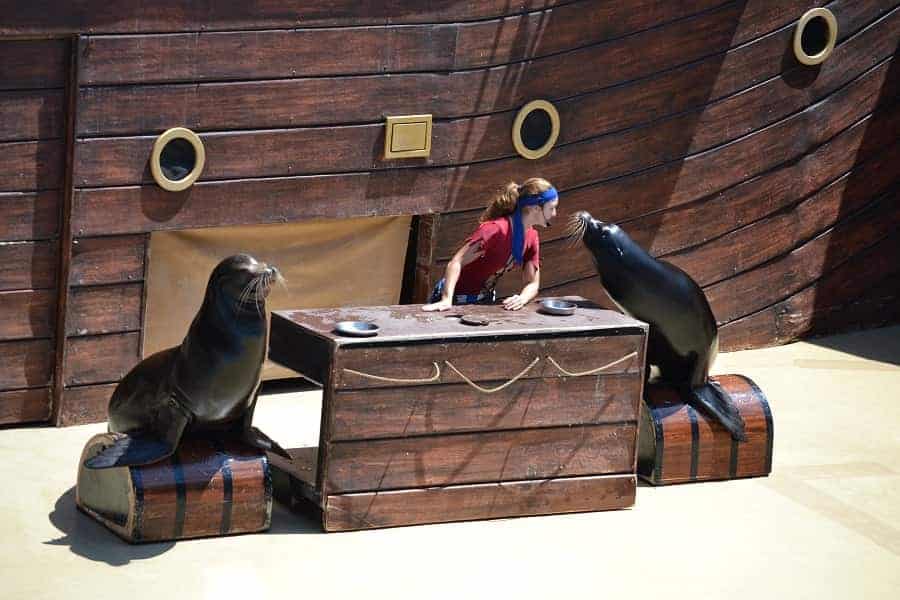 One of the cutest shows at Sea World Orlando is Sea Lion High. Clyde and Seamore go back to school in slippery pursuit of their diplomas.!

You will be surprised at how these creatures communicate with their handlers and kids will love how silly their behavior is! 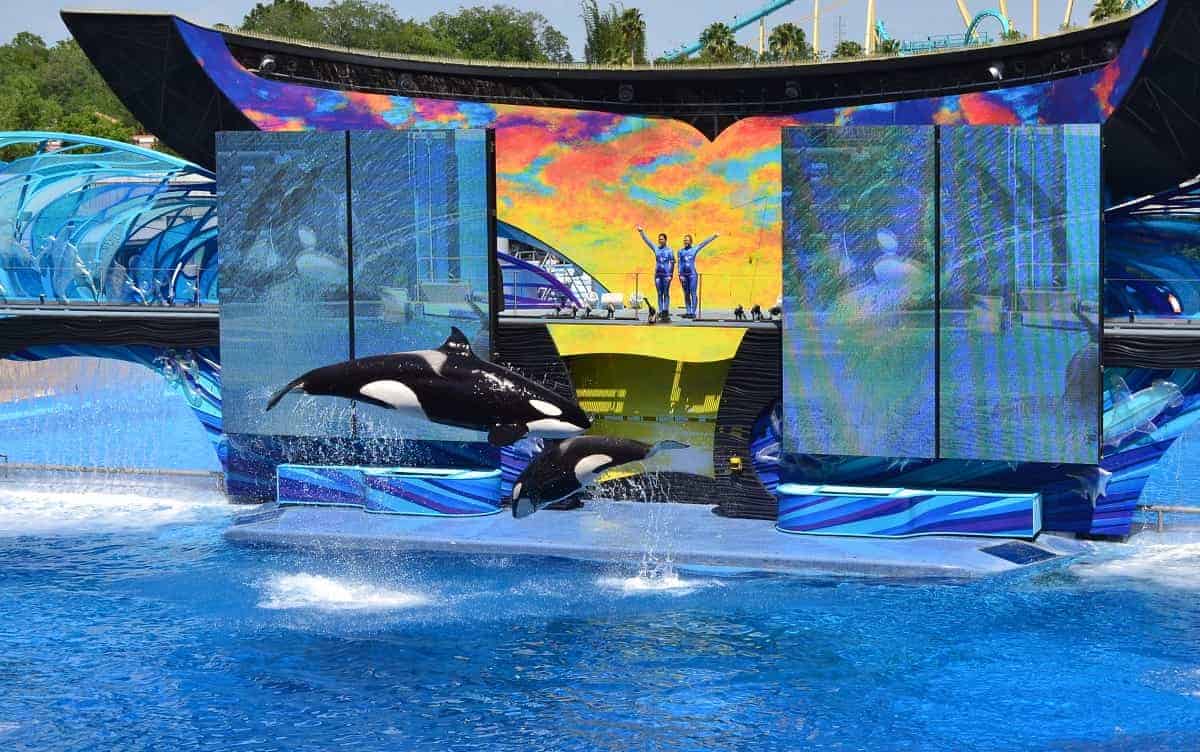 Learn about Orcas along with other other species of whales during a special educational show. You will walk away from this show really loving how beautifully it was put together.

See what SeaWorld Orlando encouragement-based training can accomplish with pets that have been rescued.

This show puts a spotlight on pet adoption and giving animals a new chance at a happy life while involving them in cute tricks. The whole family will find this animal show adorable.

Overall, Sea World Orlando is a great theme park that the entire family will enjoy. You will need at least one whole day to see everything there is to see here.

While you can purchase your tickets at the entrance to the park, we suggest you purchase tickets to Sea World online.

Many people take advantage of the SeaWorld Orlando Two Park Ticket so that they can do both Sea World and either Busch Gardens or Aquatica (the Sea World Waterpark).

Have you been to Sea World Orlando? What are you favorite parts of this theme park?

8 Things to Do in Monaco for the Day