If you are traveling to Oxford, England and are a fan on Harry Potter, there are a few places you will want to make sure you see because they are straight out of the movies! Yes, you read that right! There are Harry Potter Oxford University filming locations that you can see while in the area.

The key is to plan ahead.

While you can see many of the places on your own, if you want to see certain ones, you will need to plan in advance as some places are only going to let you in if you are with a private tour.

Nevertheless, any Harry Potter fan will want to make sure they check out the following filming locations.

If you want to see two famous sites tied to Harry Potter, you will want to go to Bodley Tower. The first location of filming will actually take you to the second location that has ties to the Harry Potter films.

Walking up the large concrete Bodley staircase should make you feel as though you are walking in the same steps as Harry, Hermoine and Ron.

This is because it is one of the very first times we get to see the interior of Hogwarts in Harry Potter & the Sorcerers Stone .

During this scene, students are shown walking up this very staircase as Professor McGonagall explains the house system.

The staircase actually lead you to The Great Hall, where Oxford students eat.

While not an actualy filming location, is the location that inspired the Grand Dining Hall in Hogwarts. The original Grand Dining Hall used in filming can be seen on the Warner Brother Studios tour (which I highly recommend).

When you see Hogwarts students walking from class to class, usually they are scene walking through church cloisters.

In Harry Potter and the Sorcerer’s Stone, you will find Harry & Ron walking through the cloisters when Harry learns that he will be the next Seeker.

Nearby at The Bodleian Library, you will be able to find the building that served as Hogwarts infirmary.

Unfortunately, the building isn’t open to the public. You can however do a tour to see the filming locations!

You can’t tell from the outside, but on the inside you will recognize several filming locations including the Hogwarts Infirmary.

It is also where Harry and Hermione use the time turner to save Buckbeak (the hippogriff) and Sirius Black in Harry Potter and the Prisoner of Azkaban.

Also located in the Bodleian Library, is Duke Humfrey’s Library. This real library was the film location for many scenes for Hogwarts library.

In Harry Potter and the Sorcerer’s Stone, you will remember this area from when Harry goes looking for answers in the restricted section of Hogwarts’ library. This is when he uses his invisibility cloak to wander throughout the stacks!

As you can see, there are some great Harry Potter sites you will want to check out if you are visiting Oxford! Need a tour? Here are some you can choose from: 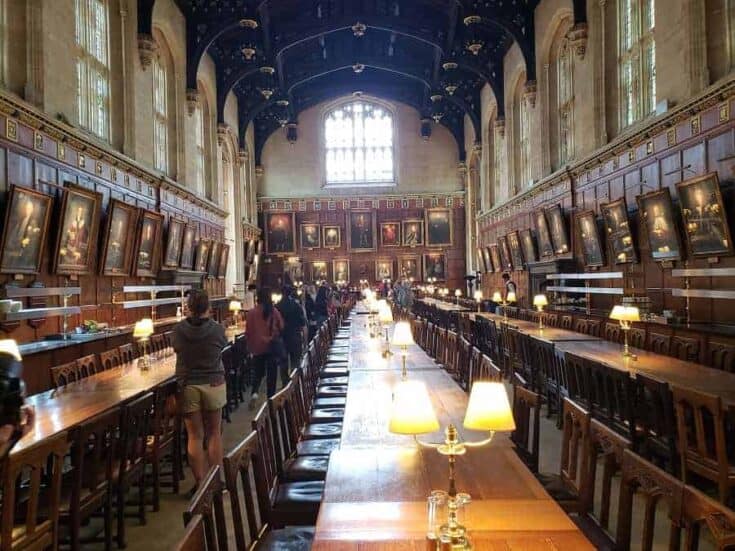 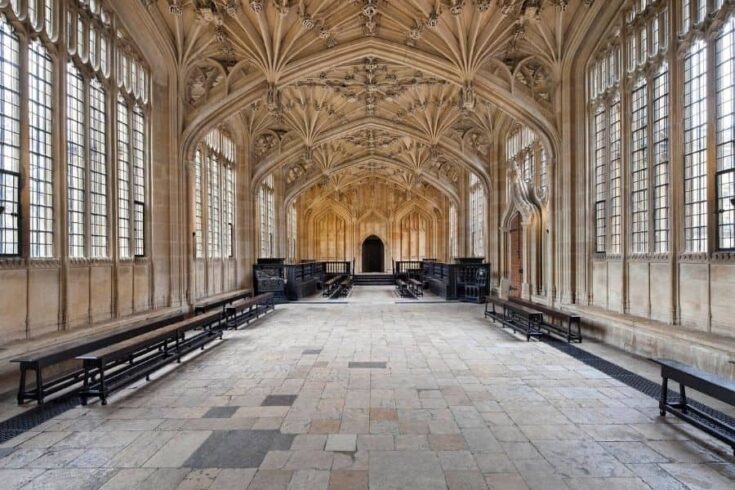 How does studying at Oxford University compare with studying at Hogwarts School of Witchcraft and Wizardry? Fun tour for Muggles of all ages. Guide will cater the tour according to everyone's interests, introducing also Oxford heritage.  Calling all fans of the world’s favourite wizard, this Oxford walking tour takes you to recognizable locations of the Harry Potter films. During this family-friendly tour, see the grand buildings of Oxford University and see inside the Divinity School—which featured as the infirmary & classroom space in Hogwarts School of Witchcraft and Wizardry. Learn of other literary legends that attended Oxford University. Tour includes entry worth £2.50 per person inside the Divinity school at the Bodleian Library. Tour lasts average 90 minutes. 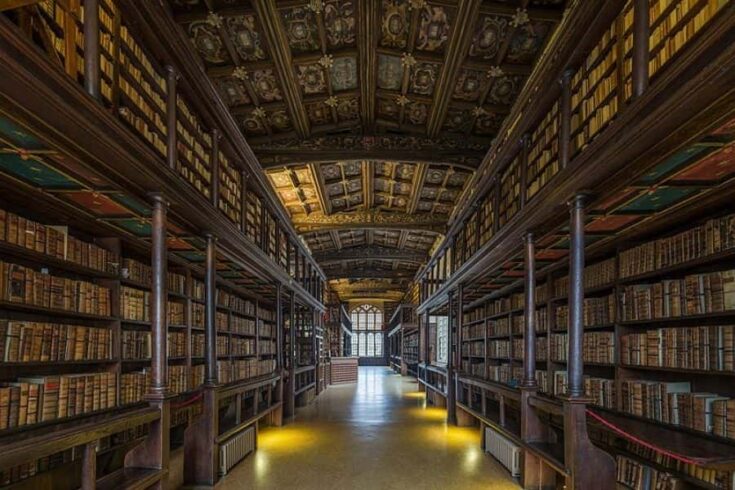 Fun tour for Muggles of all ages. Guide will cater the tour according to everyone's interests, introducing also Oxford heritage. See Christ church film site. Find out how does studying at Oxford University compare with studying at Hogwarts School of Witchcraft and Wizardry?

This tour also visits the Divinity school film site at the Bodleian library- as & when this secondary venue is open. Pre paid entry included included unless Divinity school is closed. On such dates, we will add entry to an additional college instead.